Learning Our Roots: A Journey Through Black Transmasculinity

"To whom do Black Transmaculine men turn, when looking for guidance and leadership?"

Joining Ty are the following panelists:

For over 20 years Jevon Martin has been a mentor, educator, advocate and a house father in the Ballroom Community. Jevon started his transition in 2000 at Callen Lorde in NYC. One of his strong focuses is being homelessness within the TLGBQI+ population.

Jevon presently serves as the Founder & CEO of Princess Janae Place, which he founded in 2015. Princess Janae Place is a referral organization for TLGBQI+ services with emphasis on the trans homeless population. Those services include medical, legal, mental health and recreational services.

He’s a proud brother of the 1st Transmen fraternity Theta Beta Chi where he has helped build brotherhood among Black Transmen in New York City, and around the country. He has advocated in the fight to change legislation for Marriage Equality & GENDA in New York.

Rev. Louis Mitchell is a pioneering “intentional man”. Known around the country and abroad as an elder, advocate, trainer, teacher, student, minister, parent and friend. He is a proud father to his daughter, Kahlo, and co-parent with her mother, Krysia L. Villon.

Rev. Mitchell is a co-founder, former Executive Director and current Board member of Transfaith. He brings his own learned experiences, a broad range of resources, theories and studies, to offer a fresh, “on the ground”, open-hearted, holistic strategy to the work of individual and community healing, intersectional diversity planning and commitment to personal and community agency and solvency. He is a confirmed believer in the restorative power of truth telling in the voices of those whose stories are often told about them rather than with them. Engaging and witty, he brings his whole self to each endeavor and appreciates the opportunity to guide and witness growth and wholeness!

Kylar W. Broadus is a Black trans man who has been a pioneer in the movement as an attorney, long-time activist, public speaker, author, and professor.

Broadus is known worldwide for his avant-garde work in the LGBT and Trans movements. He was just awarded the Trans Trailblazer Award by the LGBT Bar Association of Los Angeles and issued a Proclamation by the City Attorney’s Office of Los Angeles on March 28, 2019.

In 2018 the Gentlemen’s Foundation of Atlanta, he was awarded the 2018 Gentleman of Excellence Award. Mastercard, in 2018, featured Broadus for Pride Month. He was recognized by the Prosecuting Attorney’s Office of King’s County in Brooklyn, New York, in 2018, for his contributions to the legal field. In 2017 Liberty Mutual honored him at the GLAAD Awards for his 30 years contribution to the movement. Also, in 2017, he was awarded a Certificate of Legal Excellence by the City of New York, County of Kings, District Attorney’s Office.  The Advocate recognized Broadus as one of “25 Legal Advocates Fighting for Trans Rights.”

He is the founder of the Trans People of Color Coalition (TPOCC), run by Brenden Watts.  Broadus was honored to stand with President Obama while signing the Executive Order adding protections for millions of workers in 2014. In 2012, he was the first trans person to testify before the United States Senate for employment protection.

Kylar serves on lots of boards and is a servant leader. He works with many causes beyond the LGBTQ community and believes in human and civil rights for all human beings.

Carter Brown is the Founder and National Director of Black Transmen, Inc. the first national nonprofit organization founded for the empowerment, advocacy, and equality for black transmen. Brown, of Dallas, Texas studied Psychology and Journalism at the University of Texas in Arlington, Texas.

Brown was compelled to help birth and build the organization, Black Transmen Inc. from the support and information he saw lacking in his own trans experience, versus that of other ethnicities and of the LGBT community. It is a known and statistical fact that societal challenges for an African American male exist. It is also well known that negative stereotypes of Black men have overhang stagnantly for generations. Brown wants to make his contribution to ending the cycle and diminishing the stereotypes by exposing the world to another face of the Black man.

Carter Brown is dedicated to making change in the lives of the many men of his likeness, black transmen. By helping to build stronger men, it will inevitably build stronger families, stronger communities and a stronger society.

Brown’s most recent accomplishments include celebrating the 8th year of the only National Black Trans Advocacy conference and also testifying before U.S. Congress in support of the Equality Act, an amendment to the Civil Rights Act of 1964 to include protections for transgender people.

Check out our promotional images, below, and please tune in on June 30th 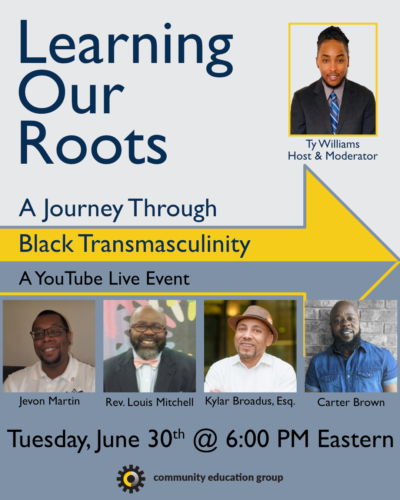 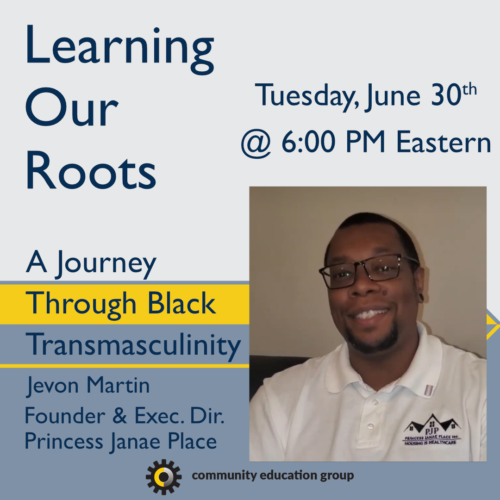 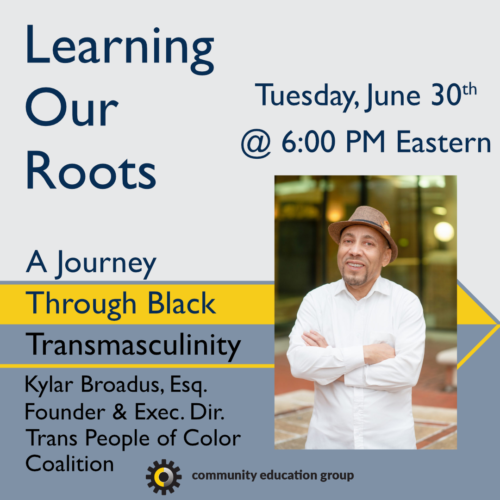 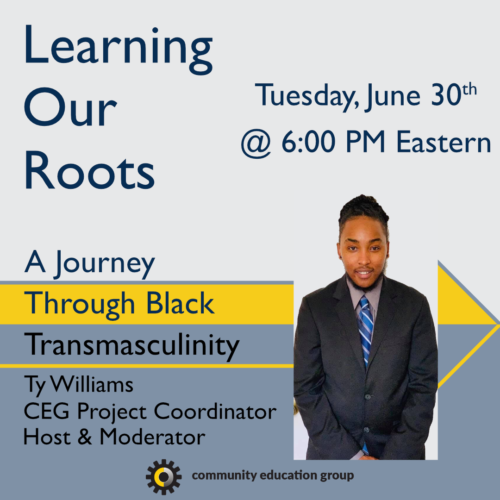 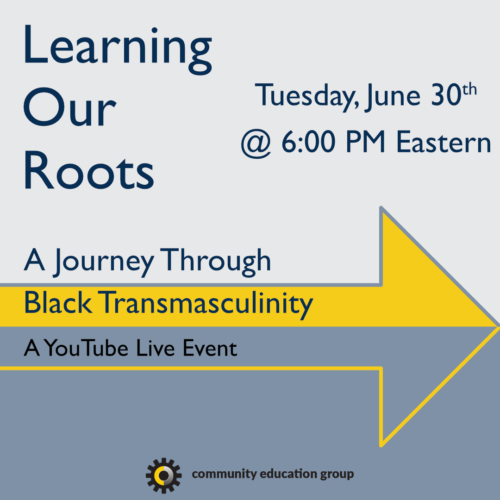 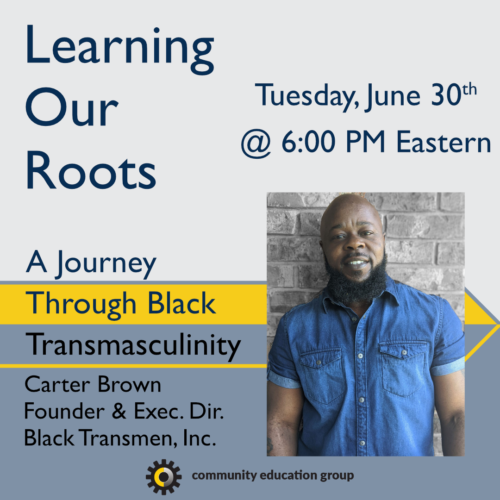 Building stronger communities one project at a time.